Barbora Trojak: People should know the dark side of bananas

Barbora Trojak works in the field of fair trade and sustainable and responsible consumption already for more than eight years. Since 2015 she was leading a campaign called Make Fruit Fair! that focused mainly on working conditions of workers in banana industry in the Global South and on the impact of the companies and consumers behaviour. 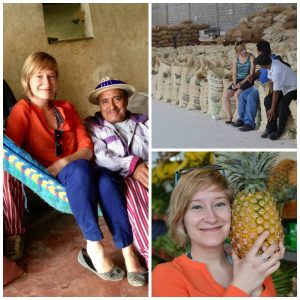 Barbora brought the topic of bananas – the most popular tropical fruit in the world – also to the Forum. According to the statistics, the consumption of bananas, together with apples and oranges (that are, contrary to bananas, being also added to juices and other food products) is globally the highest. However, only few people know that bananas have their dark side. 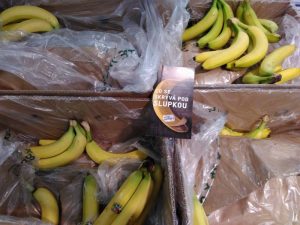 Production of this tropical fruit gives livelihood to hundreds of thousands of people, but, at the same time, this business is built by up to 90 % only on one, genetically really weak, variety. The Cavendish variety is highly susceptible to diseases and pests. This is made even worse by the monoculture way of cultivation. For that reason it is necessary to use a lot of chemicals to grow the plant. It’s said that bananas are the second mostly sprayed plant in the world, right after the cotton plant. These chemicals are often dangerous and because of that a lot of them are banned from using in the developed world. Of course, they are also harmful for the people who work on the plantations or live nearby. Therefore, the aim of Barbora’s workshop was to show what’s hidden behind banana production and how huge is the power that not only supermarkets, but also consumers, have – to make the banana business better. 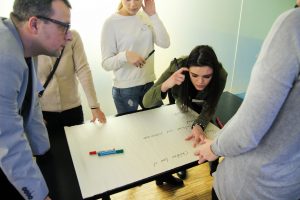 In the case of supermarkets, the main problem lays in the fact that bananas are one of the elemental items on shopping lists. Therefore, it’s really easy for the shops to attract consumers on their low price. If the price was higher, the producers would be able to improve their working conditions or even invest money to make the whole business more sustainable. However, according to Barbora, the chances to make these changes happen are negligible, because the supermarkets’ pressure on the price is pretty high. Also, the consumers themselves are well accustomed to low prices and hardly anybody realises that it’s not possible for a tropical fruit, that travels half of the world to get to our shop, to cost the same (or even lower) price as local apples. 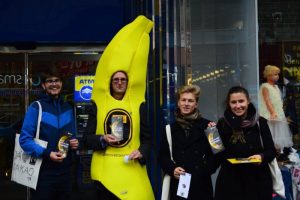 And what Barbora Trojak sees as the change needed for a more sustainable food system? We asked her this crucial question too. And on both the dimensions – personal and systemic.

„On the consumer level it’s crucial to make people more concerned about food – they should think about what they eat and value the food more. Because food production is connected with many local and global problems. Food is not only a physical need, it’s a huge set of various aspects, social, environmental or economic. If people were more aware about all these links and consequences, many things could change. Even if you only start to shop through different channels than from supermarkets, you get to know many interesting people, farmers, and local producers. And thanks to that you realise much better, what are the consequences of the production of food.“ 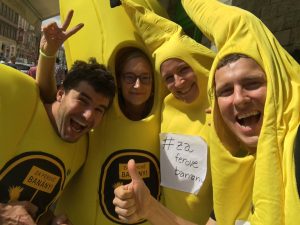 „On the institutional, systemic level the most important thing is, from my point of view, more just division of generated profit and values. And, also, some kind of higher strictness of institutions. They should be able to regulate the activities of business and protect small producers and growers. Which is a thing that, in the case of bananas, already proved its functionality. For example, some states decided to set a minimal selling price for bananas, which is a measure that really works. In one of them, Ecuador, they also decided that a firm cannot pay dividends unless its employees are getting fair wage. Which is a wage that differs from the minimal one, often not sufficient for a decent living.” 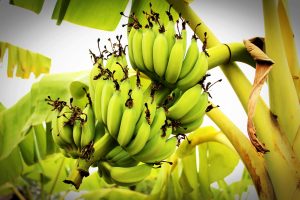 “Last but not least, on the institutional level it’s also important to think in the long-term context. Many decisions are often taken for a high short-term profit and ignore the long-term negative impact. Even this could be nicely illustrated on the case of bananas. Instead of investing in the sustainable model of production, the banana business focuses mostly on revenues and profit. Sustainability is often completely overlooked, which could actually lead to a scenario in which there are no bananas on the shelves in 10 years. Because of the diseases that are greatly devastating the whole banana population. It’s all a huge short-sightedness that should not be tolerated.”