John Gauci: We should create a new, modern way of looking at farming - to make it more attractive for young people

John Gauci is an Agricultural Officer and a part-time lecturer from Malta. He is serving as the third General Secretary of Malta Organic Agriculture Movement (MOAM) and works to maintain and support the organic agricultural sector in the Maltese Islands. John is also active in forestry. There are no large forests in Malta, but their initiative is trying to support at least small forestation projects. Last but not least, John teaches young kids how to start an organic garden and also how to implement these entrepreneurship skills in their own future. 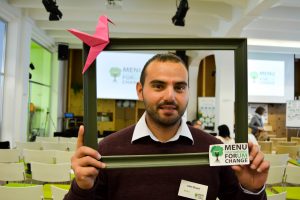 The second workshop was more about the practical aspects of organic farming. John was giving advices to the participants about how to start an organic farm or garden at school, how to design and manage it, which plants to choose etc. However, it was not only a mere lecture from his side, the whole group had their own interesting gardening ideas and concept visions that were also discussed during the workshop. 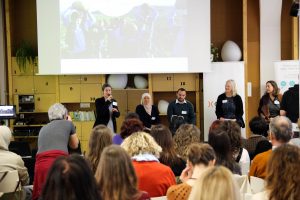 We’ve asked John the same question as we’ve asked the other speakers: „What do you think should be changed in our current food system to make it more sustainable?“ With two desired levels of the answer – personal and systemic (or political). John was pretty sure about his view.

„On the personal level we should start to think more about our consumption patterns, about our cooking patterns and also buying patterns. We need to start realising that food is coming from somewhere, from somebody. It’s not only about us going to the supermarket and buying it. There are large production systems, but there are also small communities trying to produce food, and they need our respect. And of course, the best way how one could get the understanding of what food production means and where does the food really come from is to try to grow food himself.” 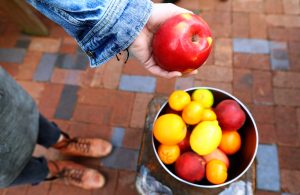 And what about the higher, systemic, perspective?

„On the political level we should try to create effective action plans that would get also young people on board. We should create a vision for next generations. We should sit around the table and discuss what are the real issues and how we can solve them. Starting from kids and also from replicating platforms like this one, the We Eat Responsibly and this Forum. Because, I have to say, I really enjoyed it here and also learned a lot. And I think that we are already reaping the results of this whole project. To show an example, I had the opportunity to meet some young students that came to our school. Our students are more mature, they are 16 years old. And these young kids that visited us, were really knowledgeable. They were able to teach everyone about what it means to be a gardener and a farmer. Simply because they experienced it by their own hands. They had some picture of what a farmer looks like even before, but now they have changed th eir perspective. They are more aware of the whole system.“ 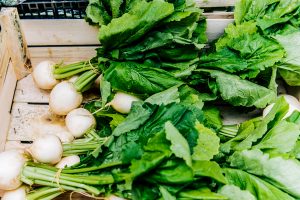 „I believe that we should also show to our kids that there might be a job opportunity in farming. It’s not just about knowing what farming is, but that they can also contribute themselves by entering the system. In general, we should have more women farmers, more young farmers, try to attract new people with different mentalities. And from my point of view it’s largely about marketing, about the terminology. „I will be a farmer. – No, I will be a producer, that sounds better.“ It’s about how we give these definitions to the kids. We can refer to them as researchers and producers, as biologist, psychologist, and we are still contributing to the same food chain. So, we should create new modern way of seeing things and knowledge to be more attractive for the young generation.“ 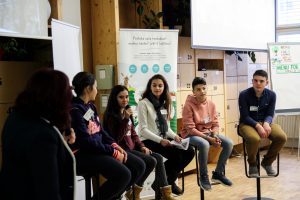