All the water we eat…or don´t

Although the radio was playing loud, John still felt sleepy when he got to the kitchen. His younger brother Matthew was licking his fingers full of honey that was flowing down his bread. His feet were moving with the rhythm of the music, and softly kicking his red backpack just by the bottom of his chair.

“Good morning John”, said his mum. “I can see early morning will never be your thing. Your puffy eyes are asking for more sleep.  But, we are OK with time; you still have 15 min before the school bus picks you up. Come and get your breakfast”.

The 7 o’clock news jingle made his mum stop speaking.

A male voice announced “Fires in Southern California have forced thousands of people to flee their homes. An order of evacuation was given yesterday afternoon for the city of San Marcos, which was covered in a thick layer of smoke. About 30,000 hectares have been destroyed by the flames since the beginning of last week. Firefighters said the intensity was unprecedented”.

“Well, that makes about 30,000 times one football field!” said John

“How come so much can get burnt?” asked Matthew.

“Because the wind is pushing the fire in all directions,” said his mum.

“And because the trees, bushes and grass are very dry, it makes the fire spread very easy and quickly,” added John.

One-third of food is wasted globally

As much as one-third of the world’s food ends up lost or wasted. Every year, consumers in industrialized countries waste almost as much food (222 million tons) as is produced in Sub-Saharan Africa (230 million tons). It is estimated that about 89 million tons of food is wasted every year in European Union. To make it more concrete, imagine that every week each of us throws four full meals away. 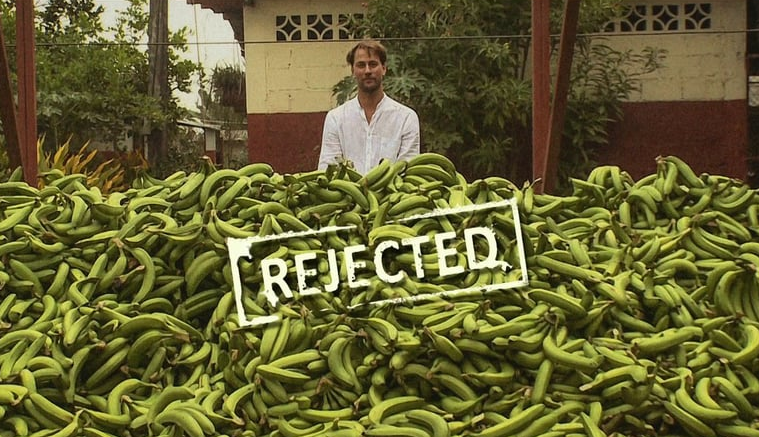 These bananas will be wasted because they are rejected by supermarkets due to their non-standard shapes or sizes. (Photo: Feedback/Tristam Stuart)

Food wastage is hard to fathom in a world that is not yet free from hunger. One person out of nine still does not have sufficient access to food today. But let’s refrain from the easy solution of saving food on one side to give it on the other. Food donations do not present a long-term solution, as they do not address the root causes of the food insecurity problem. The contrast of food waste and hunger should force us to question how much we truly value food as the essence of life and avoid wasting it, given that at the same moment, somewhere else in the world, some people haven’t eaten as much as they need.

But food wastage is also hard to understand in a world of limited resources. It is particularly alarming to note that 30% of sea fish never gets to our plates, despite the fact that fish stocks are rapidly decreasing. One-third of food being wasted means that one-third of all fuels, fertilizers and water for production were used in vain. It also means that deforestation, damage to soil and greenhouse gas emissions related to food production were unnecessary. Worse, additional pollution is then caused when uneaten food ends up in incinerators rather than in composting systems. Imagine that we waste precious resources to produce food and on the top of it, we cause additional air pollution and emissions of CO2 that warm up the planet. In the following story, learn more about the virtual resources behind our food. 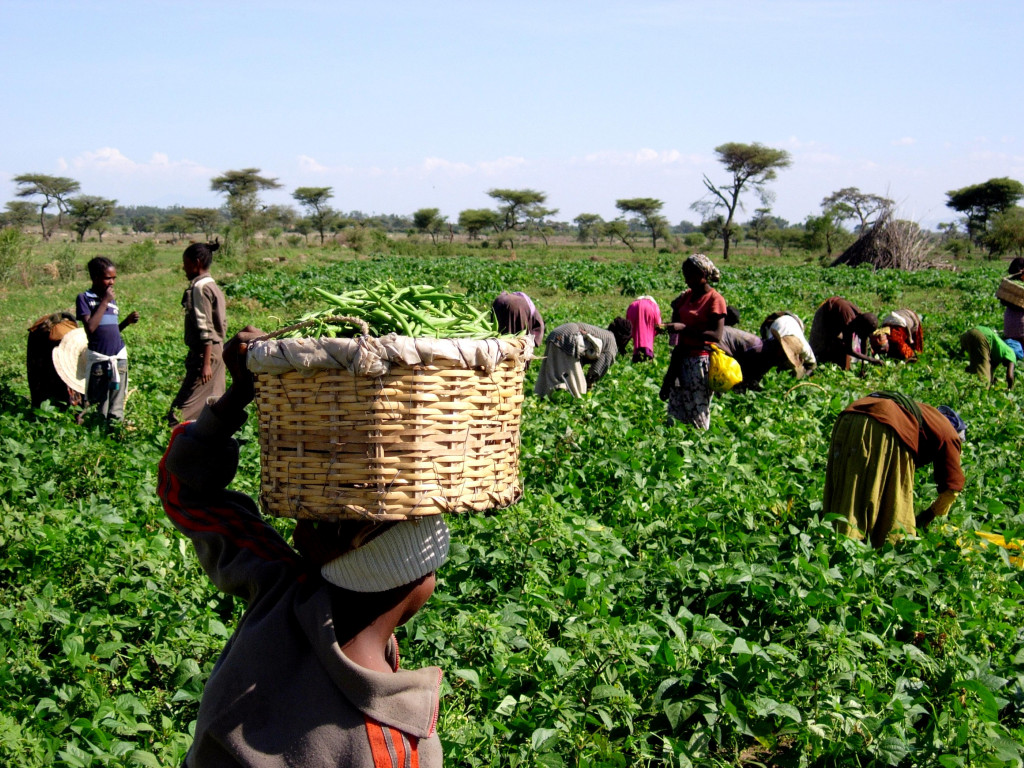 Green bean plantation in Kenya. Fertile land and water precious to local communities is virtually exported when beans are sold to European consumers and wasted when they are not consummed. (Photo: Creative Commons)