Who are the people behind my food? Fair and Local

What was squeezed for my orange juice?

The ladder was sinking deeper into the earth as Eduardo was adding more and more oranges to his bag. He was now standing 2 meters above the ground and all his body was stretched to reach a distant branch full of the shiny fruit. With one hand, Eduardo pushed his black hair away from his forehead. Beads of sweat rolled down his face.

From the top of his ladder, Eduardo, 18 years old, looked around at the small orange plantation with a smile of satisfaction. Although the work was demanding, he was happy to be where he was today. Life had gotten much better for him and his mother since they joined the fair-trade movement two years before. Now they had enough money to rent a small house and live decently. This hadn’t been the case a few years earlier.

Eduardo remembered how he felt imprisoned on the big orange plantation where he worked at the time. The memory of the accident was still vivid. It was a day in November 2015. That day Eduardo had a bad headache because of the heat. He could feel the heavy bag full of fruit painfully hanging and cutting into his shoulder. It was 5 p.m. and he had only two hours left to harvest fifteen bags of oranges. If he harvested less than the required 60 bags a day, he could be fired. Each bag weighed a minimum of 20 kg, for which he would receive only 0.15 euro. Sometimes it could even be lower if the price of orange juice was decreasing. 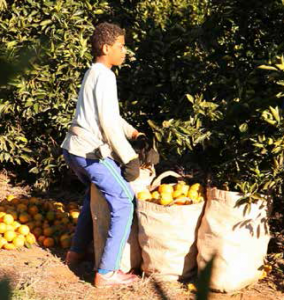 A growing gap between farmers and consumers

What is the percentage of our food for which we know where it was produced, by whom and under which conditions? If the answer varies from case to case, the general trend is that (unless we produce it ourselves) we know little about what is behind our food. The gap between consumers and farmers is growing. This gap is not only geographic but also reflected in the fact that there are many actors (processors, brands, supermarkets, etc.) that stand between consumers and farmers. 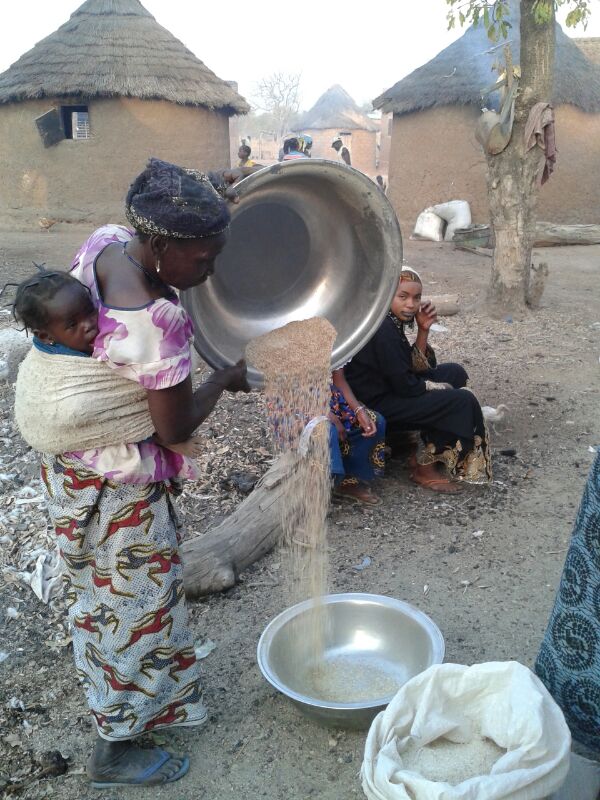 How can we know then if farmers or farm employees receive a fair price for their products? In Europe, many farmers have quit farming because they don’t earn enough. In developing countries, small-scale farmers face sometimes very difficult situations that can cause them to live in hunger and poverty. For farm workers employed in large-scale production for exports (bananas, tea, cocoa, etc.) the work can sometimes be unsafe and miserably paid.